The Effect of Gaming On the Human Brain 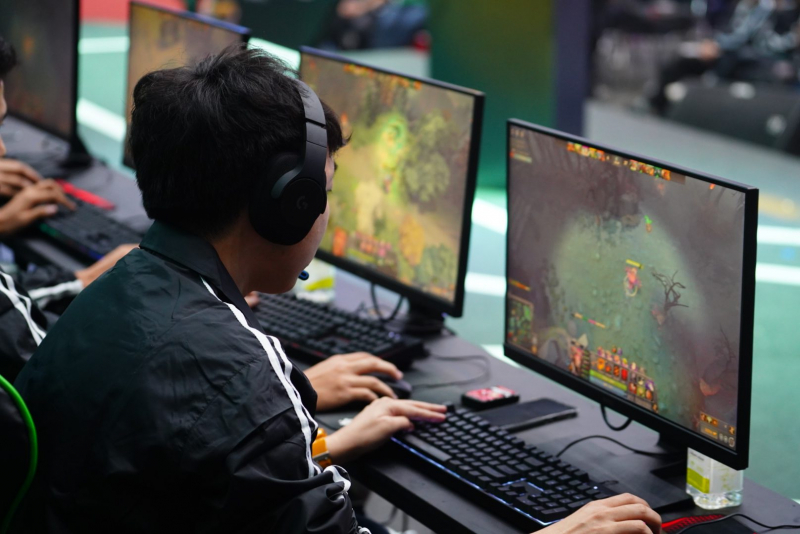 Pavel Tikhonov and Mikhail Zubkov, researchers from ITMO’s Faculty of Physics and Engineering are working on a project that uses functional magnetic resonance imaging to study the brains of people who spend 20 to 30 hours a week gaming. The scientists hypothesize similarities between the brains of ardent gamers and people addicted to chemical substances.

ITMO and Almazov National Medical Research Centre collaborate on projects connected to the technological aspects of MRI (magnetic resonance imaging) – and it is during this collaboration that the idea for the current project came to be.

“We have been working on send-receive MRI coils and methods to improve the field’s heterogeneity, and we already have pilot projects on implementing artificial intelligence into image processing. There was a moment when we saw that we needed closer communication with the clinical community so that we understand their needs better. It turned out that sometimes our colleagues run studies where they don’t require any particular technological innovations, but look for a deeper understanding of the principles behind certain MRI methods and technologies. Or, sometimes, they need help finding people with certain lifestyle preferences, as was the case with this study – and we offered help with assembling participants,” recalls Mikhail Zubkov, senior research associate at ITMO’s Faculty of Physics and Engineering.

The project is related to gaming disorder being added to WHO’s International Classification of Diseases (ICD-11) in 2018. The classification describes the disorder as a combination of loss of control of the time spent inside a game, heightened priority of gaming over other activities and interests, as well as the inability to quit even at the appearance of unwanted consequences. For many researchers, the inclusion of gaming disorder in ICD-11 was the impetus to start studying the changing brain activity patterns and behavior of avid gamers, for instance, to identify similarities between the effect of gaming and other addictions, such as to chemical substances.

Such studies are made possible by functional magnetic resonance (fMRI), a technology that allows scientists to spot activations in regions of the brain as the participants complete various tasks. Dmitry Iskhakov, one of the authors of the project and an employee at Almazov National Medical Research Centre has already analyzed the data on patients with substance use disorders – with this work laying the foundation for the new project.

“The current neuroimaging methods make it possible to acquire a general image of the brain and compare it to the “norm”. Here, machine analysis gives us the chance to pinpoint something undetectable to the naked eye. We look at the hemodynamic response, which is something that occurs when neurons activate and start consuming a lot of oxygen, emitting back carbon dioxide. This process changes the concentration of gases in a given region of the brain. We suppose that if we see such a local change in gas concentration, then this region of the brain is now actively at work. Researchers have identified certain general patterns: there are brain regions that are active all the time, whether you are asleep or awake, walking or pondering on something. When they compared these systems in different people, it turned out that there are variations in their activation patterns – they work more intensely in some and less so in others. Sometimes they can even migrate to different anatomical structures within the brain. These are the basics of fMRI: we analyse those areas of the brain that are the most active,” explains Dmitry Iskhakov.

Over 200 volunteers signed up to participate in the study at the start of the project. Researchers selected 80 of them – 40 gamers and 40 for the control group. Data from 22 gamers and seven control participants has already been analyzed. As the participants lay in the scanner, they were shown a visual paradigm consisting of neutral images and screencaps from video games (for gamers those were pictures from the games they rated as their favorites). The procedure lasted six minutes for each participant, during which time their fMRI brain scans were recorded.

Subsequent analysis demonstrates that compared to controls, gamers have a higher activation in the functional network of the prefrontal, frontal, and insular cortices (motor control, perception, self-awareness, and interpersonal experience). At the same time, the connection between prefrontal and cingulate cortices (processing of emotions, learning, memory, and motivation) is less active.

These data allow the researchers to conclude that the neuronal mechanism behind gaming addiction is very similar to those of substance use disorders and is based on the dopamine reward system.

“Different types of addictions, such as those to chemical substances or gaming, are reflected on the functioning of the brain and its regions. It can be an overall change in the volume of the brain or local shifts in the width of particular regions. Commonly, everything is tied to cognitive control and the limbic system which is also known as the brain’s pleasure center and is responsible for the emotional part of our interaction with the world. They switch, so that at times the control system is suppressed, while the regions responsible for emotions are more active. We can trace these switches on the so-called heat maps of the brain. As for the changes in the brain’s microstructure, we analyze those with special software that makes a detailed analysis of the cortex,” concludes Dmitry Iskhakov.

The results of the project will be presented at the online meeting and exhibition of the International Society for Magnetic Resonance in Medicine in May 2021. 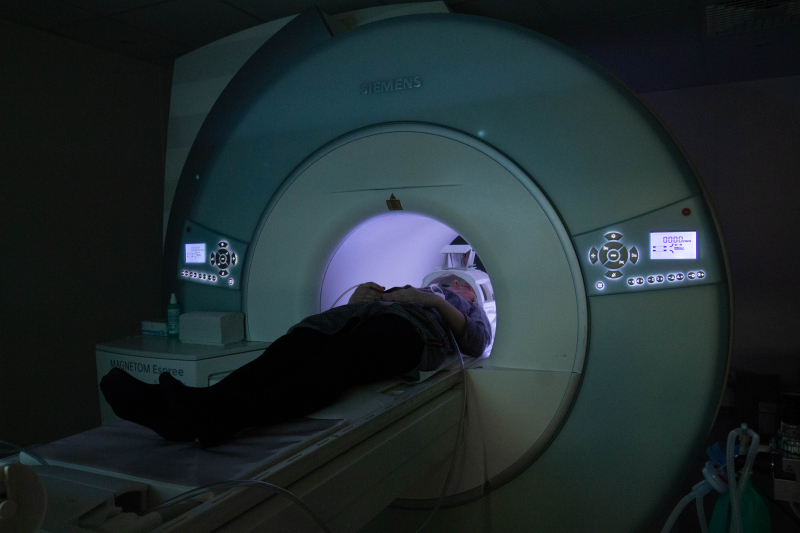