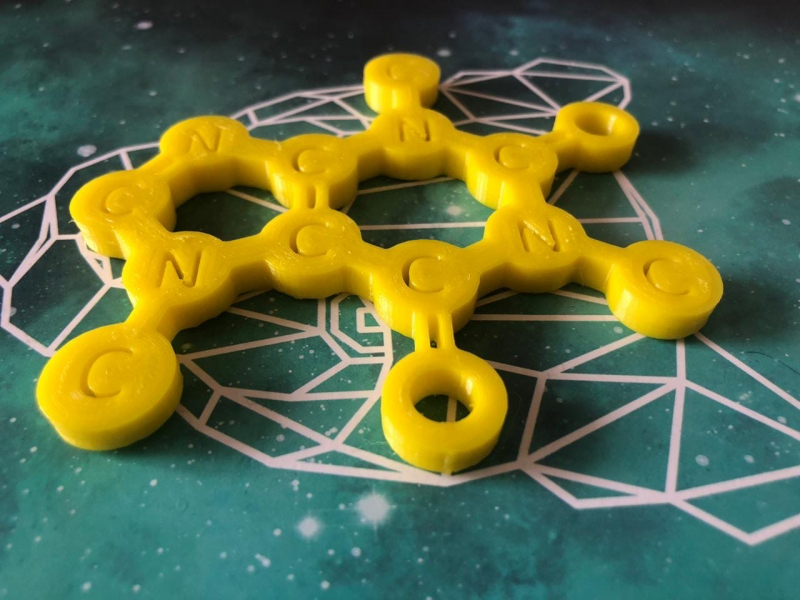 The Chemistry Bot allows future school graduates to study for their Unified State Exam (USE) in chemistry interactively. School students can learn something new, receive feedback, and check their progress right on the social network VK, instead of solving similar tasks all day long.

Ekaterina Korsakova, the founder of the project and a Master’s student in Herzen University’s Chemistry Education program, says she decided to create this bot several years ago.

“The idea came to me a long time ago. I wanted to optimize my job as a tutor in order to avoid responding to the same questions of my students several times a day. As a result, two years ago the bot was launched. At first it was used only by my students, but then others began to use it too. After that, I decided to share it with a wider audience, so I presented it at Geek Teachers Fest. I created the first versions of the bot myself, and now specialists from ITMO University are helping me. They deal with the development of new tasks and uploading the questions into the database, which takes a lot of time,” shares her story Ekaterina Korsakova.

At first, the Chemistry Bot wasn’t meant to be a tool for studying for the USE, but over time its concept was changed in order to suit future school graduates’ requests. However, students from eighth to tenth grades also use it to learn more or to prepare for a competition.

During the epidemic, the Chemistry Bot is especially useful because studying for an exam at home is not an easy task. According to the project’s organizer and head of the Chemistry Neuroeducation laboratory Mikhail Kurushkin, the purpose of this social educational project is not only to help school students study for the USE, but also to help teachers.

“Comparing the bot with conventional  studying tools, for example, “Решу ЕГЭ” (“I’ll solve the USE”), we can say that one of the disadvantages of the latter is that most of the tests were already completed by the school students at this point. All the versions look alike, and the tasks are all of the same kind, so it becomes boring to solve them. We, on the other hand, offer unique tasks with unusual wordings and interesting questions that sometimes go beyond the school program, in order for the student to really reflect on them instead of just solving them like a robot,” explains Ekaterina Korsakova.

Right now, a new version of the bot is ready to be launched, with even more USE tasks. According to the bot’s creators, they managed to create a large database that provides school students with extra knowledge and presents school curriculum materials in a new way.

“I write tasks for the Chemistry Bot. Of course, they’re based on the USE patterns because each task is supposed to fit one specific section of the exam. However, at the same time, we avoid monotonous examples and wordings in order to activate school students’ logic, so that they wouldn’t be solving the tasks automatically. We offer them new tasks that are interesting to solve, even more so because after solving them you get prizes, like in a game,” says Olga Sokolovskaya, a Master’s student at ITMO University’s ChemBio Cluster.

How the bot works

A school student logs in, creates a personal account, then chooses a number of tasks and begins to solve them. They get feedback each time, whether the answer is correct or wrong. Once the test is completed, they can see their scores and the time spent solving them. The Chemistry Bot also recommends and sends additional materials that might be helpful.

In order to use the bot (available in Russian), you should:

“The bot is quite interactive. It reacts to the answers with stickers. Another element of gamification is prizes. A school student gets achievements for being fast, solving a lot of tasks, or gaining a lot of points. Right answers increase their level. The higher it is, the more opportunities to exchange the achievements for atoms they get. The exchange is not available at the very beginning of the game, but on the Mendeleev 2.0 level, gained achievements can be exchanged for carbon! A school student collects the achievements, exchanges them for atoms, and when they get enough atoms for a molecule, they contact us, and we send them a 3D model of this molecule,” adds Ekaterina Korsakova.

Specialists from the educational project “ЗНАЮ КАК” (“I know how”) took part in the bot’s gamification. For instance, the idea of giving out achievements for bad results belongs to Alexandr Yatsurenko. He proposed to give school students little rewards even for bad results in order to encourage and motivate them.

Other prizes, as well as the ranking system, however, are supposed not to motivate but to commend a student’s achievements. Gamificating also makes the hard process of studying more fascinating, so that a future graduate could solve tasks in a comfortable environment they’re used to.

“I passed the Unified State Exam in chemistry not that long ago, and I think that if such a bot had existed back then, I would have definitely used it. First of all, it provides you with versatile tasks. Among them there are those that even I, a university student, have a hard time solving straight away. Second of all, these non-conventional tasks, literature recommendations, and the game environment give you a positive attitude before the exam. I think I’d have felt much more confident on the exam if I had used the Chemistry bot beforehand to solve several versions of the test,” says Daria Minakova, a student at ITMO University’s Faculty of Food Biotechnologies and Engineering and a member of the Organizing Committee of last year’s Mendeleev 150 conference, who is responsible for uploading the questions into the database.

The project’s founder and team also would like to thank ITMO University students Sofia Antipova, Anna Vanina, and Daria Aleksandrova for helping with the development of new tasks.