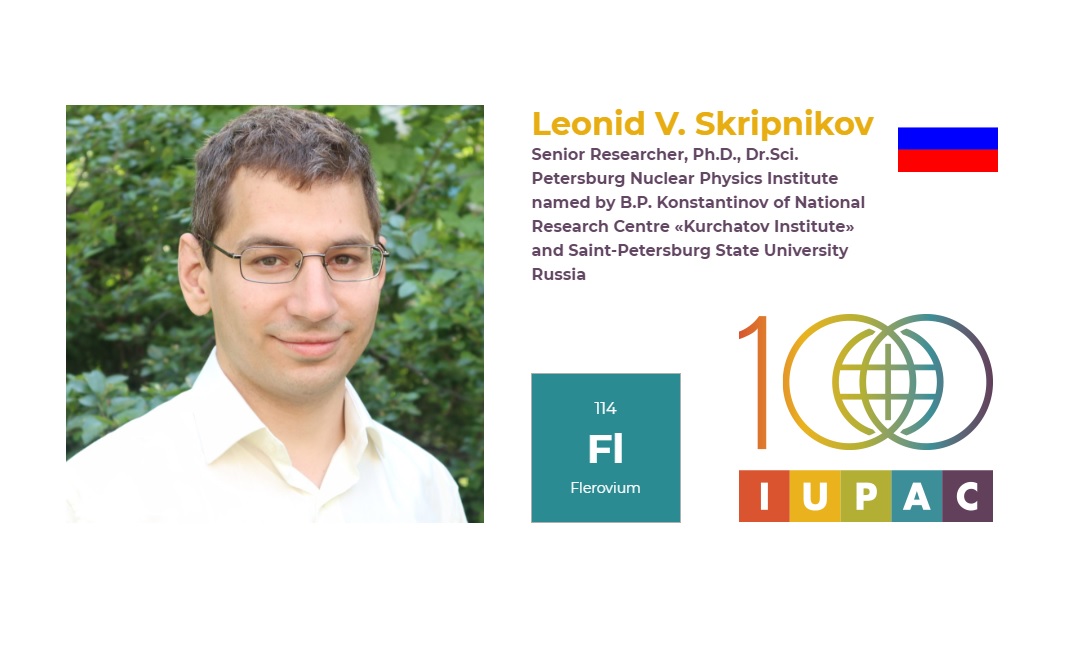 Leonid Skripnikov is an Associate Professor of the Department of Quantum Mechanics, Senior Research Associate of the Laboratory of Quantum Chemistry of Petersburg Nuclear Physics Institute named by B.P. Konstantinov of NRC "Kurchatov Institute", and Candidate of Physics and Mathematics. He has been included into the Periodic Table of Young Chemists. The list was compiled by the International Union of Pure and Applied Chemistry (IUPAC) in celebration of its 100th anniversary and the International Year of the Periodic Table.

The nominees, shortlisted by the IUPAC, included not only chemists but also scholars from allied sciences. The main criterion for nomination was the importance of a scientist's contribution to his/her sphere of research. The IUPAC noted the achievements made by Leonid Skripnikov in his research into the electric dipole moment of the electron, and the discovery of the "secret" of the hyperfine structure of bismuth. Information about the research is now available on the website of the organisation.

Altogether, the Periodic Table of Younger Chemists includes 118 young scientists from the United Kingdom, USA, Canada, Japan, China, India, Australia, France, Italy, Spain, and other countries. Number 72 is a British physicist Henry Moseley, who was killed at the age of 27 in World War I. He demonstrated experimentally that the basic properties of a chemical element are determined by the atomic number (the charge of the atomic nucleus), not by its atomic weight. Besides, he discovered the law, later named after him as Moseley's law, which establishes the connection between the frequencies of lines in the X-ray spectra of atomic radiation and the number of the chemical element.