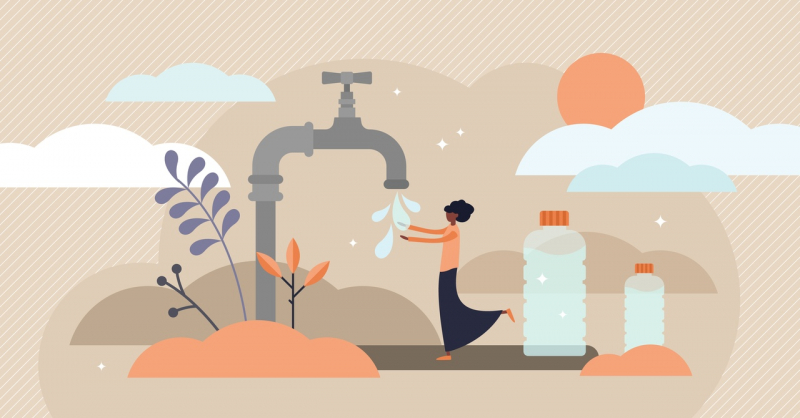 Ecohabits, an international eco-friendly camp, took place online on August 3-7. It was organized by ITMO.GREEN and SFERA. ITMO University’s Strategic Initiatives Support Department has hosted Ecological Raids, a two-week volunteer camp every year for the last five years. Each year, dozens of international participants take part. They collect garbage and clean up the reserves and tourist locations of Leningrad Oblast. Usually, the camp takes place at Yagodnoe but this year the event was unfortunately cancelled due to the pandemic.

As an alternative, ITMO.GREEN’s volunteers arranged an online camp about eco habits. For five days, eight participants from Japan, Italy, Taiwan, and Serbia have been listening to lectures on an eco-friendly lifestyle, learning how to calculate their carbon footprint, and obtaining new environmentally friendly habits.

“We weren’t going to force everyone into zero waste and veganism,” says Alena Tarasova, manager at the Strategic Initiatives Support Department. “We mostly discussed what to do with habits you already have, what to do in order to bring change personally, not globally. For example, you can save water and electricity and substitute plastic bags with fabric ones – it’s not something extra.”

Members of the ITMO.GREEN club gave lectures themselves. They also created an interactive program that included challenges, quests, cooking, workshops, and social media activities. As a bonus, all the participants were awarded an eco tracker – a checklist for eight habits, for example, a Meatless Monday, a day without public transport, and so on.

According to the organizers, interactivity is the key to success when it comes to online events. Teamwork helps overcome language and psychological barriers between the participants and a variety of activities keeps them interested.

“It was important to us to arrange everything in a creative way. We used a lot of different tools, platforms, and social media. For example, we gave a lecture on ecohouses in The Sims, as a 3D tour. Once we asked participants to fill their refrigerators with certain products and cooked a meal together online. It was an interesting experience: people from Japan had to cook a Russian vinaigrette salad using tomatoes instead of beet. Our participants made ecobags following our tutorials, baked vegan cookies, and shared the process on Instagram,” says Elizaveta Mozaleva, student of the Faculty of Software Engineering and Computer Systems.

A tour in The Sims 4 by Ecohabits

Positive feedback from the participants made the organizers believe that online events can be effective. However, they admit that the pandemic changed a lot of plans.

Pavel Chekala, a workcamps coordinator at SFERA, says that it’s especially sad in 2020, as it’s an anniversary year of volunteering.

“This year we celebrate the 100th anniversary of international volunteering. Various organizations all over the world had plans for this occasion. Of course, when we planned events for this season at the beginning of the year, we didn’t know how it’ll turn out. As we can see today, there was almost no season at all. At least something is happening in Europe these days, but not in Russia. Some organizations, including ours, organize online events like Ecohabits, so that people can meet at least online. Most events like these don’t look like typical volunteer projects, as they’re more like schools, seminars, and workshops. No one was ready to face the current situation, no one knew how to arrange volunteering online. We hope that next year, even if the virus won’t go away, we will have enough time to prepare,” says Pavel Chekala.

ITMO.NEWS asked participants what they think about online camps.

I found out about the camp through SFERA’s page on VK. It’s the first volunteer camp for me. I decided to participate because, firstly, I’m interested in this topic, and secondly, because it’s an opportunity to meet new people and practice English.

I’m not devoted to one certain field but ecology is something that I care about most right now, so I wanted to get involved even more. I had several eco habits before: I used my own bags for shopping, bought groceries by weight in reusable bags, had coffee in my own cup, filled my bottle with water, and also sorted and recycled waste.

This camp made me re-discover certain aspects of an eco lifestyle, especially the ones related to traveling and housing. I learned about carbon footprint and various types of transport, so in the future I would like to plan my trips in a more environmentally friendly way. 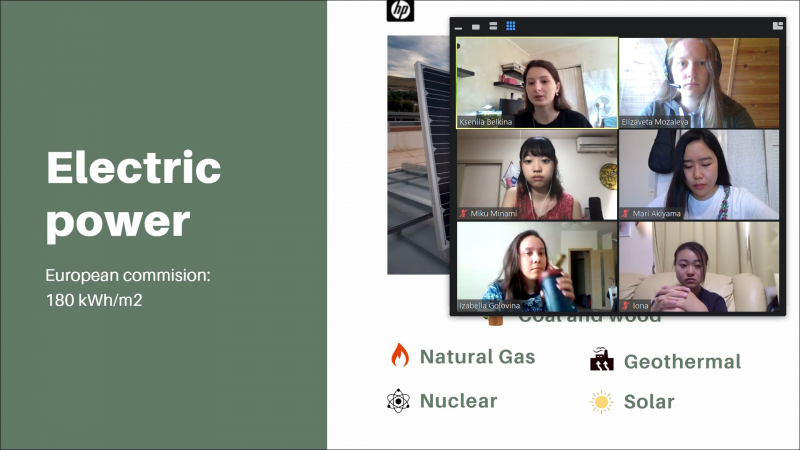 We found out about a lot of overlooked facts regarding how much water we waste for no reason, how different types of fabric require different amounts of water, so now I would like to start using reusable tissues instead of paper ones and try to waste less water on washing fruits and vegetables. I was also encouraged to finally try Meatless Monday – I already did one of those.

I loved the format of daily challenges and the solution organizers came up with to help those who don’t have profiles on social media. We used Padlet – it turned out to be a great platform for such an event, as all the information you need is at hand, rather than piled in a chat.

It was really interesting to listen to the speakers and the 3D tour task in Sims 4 was simply amazing. The quiz of the final day was also great – I had to look up certain facts and research them more.

I’m 16 and I attend high school. I began to volunteer a year ago. I learned about this camp via Lunaria, an Italian volunteering organization. I haven’t participated in online camps before but I often deal with ecological volunteering in my hometown. We clean up beaches, monitor the environment, and put together reports for the city administration. I plan to attend an international camp in France soon. Other than ecology, I also support movements for the rights of women, as well as ethnic and sexual minorities.

I decided to take part because I wanted to learn how I can change my daily habits and become more eco-friendly. It was also interesting to see how ecological problems are being solved in other countries. For example, in Italy, waste sorting is a norm but the mentality is still not environmentally friendly yet. I don’t know a lot of people, especially among the older generation, who would actually care about the environment. 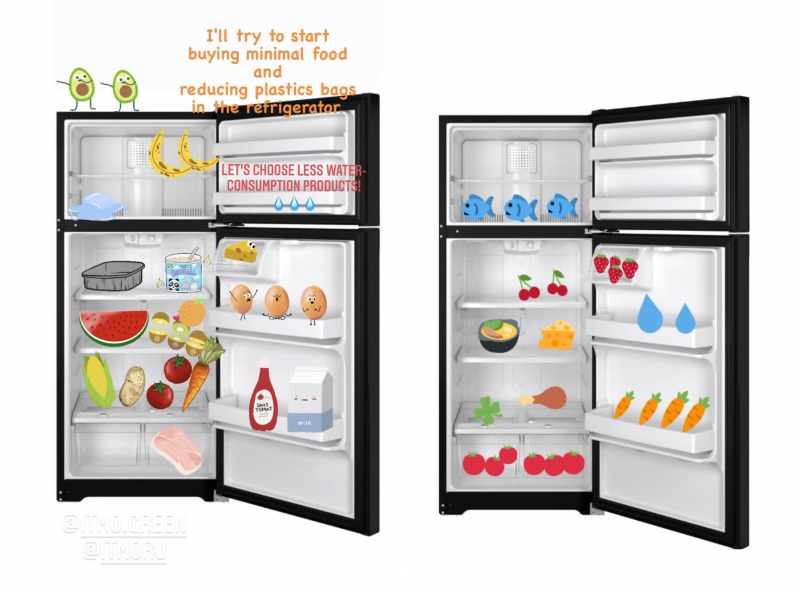 I think I have a new point of view on personal impact in global change now: I realize that anyone can make something small but significant. I also would like to try new habits, like switching from plastic to eco-friendly options.

I really enjoyed discussing the same topic from different points of view, I liked the lectures, and I was fascinated by the 3D tour in Sims. It’s obvious that the organizers are really dedicated to their project.

The camp turned out to be great. Its organizers offered us many creative activities in order to make us a team and study the eco-friendly lifestyle together. It’s the third virtual camp in which I took part. I found out about it via a Serbian volunteer organization I cooperate with.

I decided to participate because I wanted to learn more about the ecological situations and habits in different countries. I’d tried to follow certain rules before, for example, avoided plastic bags and substituted plastic with wood as much as possible. At the lectures I learned about zero waste and grocery shopping using your own bags and containers instead of disposable ones.

I used to think “If others don’t care about the environment, why should I?” but now I realize that every action of every person counts. By changing our habits, we can actually help the environment a lot. The main thing is to begin. For example, try riding a bicycle more often instead of public transport or a car. I will talk with others more about this now because as small an impact as it is, it can still make a difference.