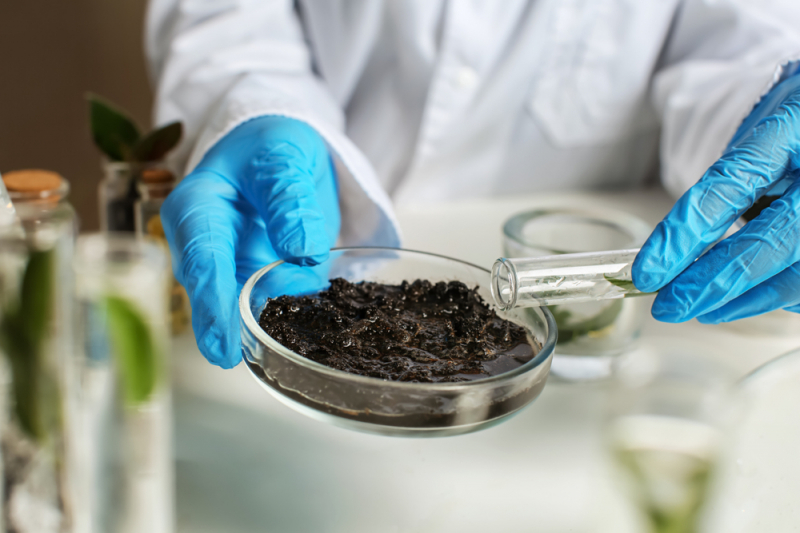 ITMO’s SCAMT and Kuban State University (KubSU) launch a citizen science project Internet of Bacteria. Its goal is to collect data on bacteria that produce electric energy, and the soils these inhabit.

The Internet of Bacteria project offers school students who are interested in soil microbiology, ecological engineering, and biotechnologies to assemble a microbial fuel cell (MFC) according to provided instructions, feed it with a local soil sample, program a microcontroller, and transfer data to a cloud server, thus contributing to the creation of a global map of soil quality in Russia.

The individual research kit for the project will be a sort of an electronic building set with chemical agents for simple experiments.

“The system will be simple and visually comprehensible, and won’t call for any special programming or microbiology skills. What’s more, we want to make it so that school students will get such knowledge in the course of working on the project. The children will install and program the device, and the system will register and transfer data on its own,” explains Andrey Lazukin, graduate of KubSU’s Department of Genetics, Microbiology and Biochemistry and the project’s lead engineer.

The results of such experiments will help create a map of the country’s soils, as well as identify promising communities of bacteria that produce electricity.

The first experiments with microbial fuel cells conducted by school students as part of joint ITMO and KubSU activities took place in 2018 within the framework of ISET-2018, an international contest for children’s engineering teams conducted by Skolkovo’s Quantorium technopark.

The research kits were developed by specialists from KubSU, and the event took place at SCAMT’s site where staff members from both universities worked with teams of school students. This experience laid the foundation for future joint projects. The first one took place as part of the winter SCAMT Workshop Week (SWW) 2020. And during the summer SWW, the school’s experts branched out by mailing the kits to students and conducting the experiment remotely.

“After the successful winter workshop, we decided to develop a global joint project; as our MFC is well-adapted for use by people with no special knowledge, we thought that it can be used as a basis for a citizen science project. It would’ve encouraged various people to do science, especially school students. In fact, we got the idea after the winter workshop, and this summer, the pandemic gave us the chance to perfect the experiment procedure in an online format,” says Elena Koshel, a PhD in Biology and head of SCAMT’s microbiology laboratory.

The MFC for school students is a container that has an anode in its lower part, then a layer of soil, and a cathode that contacts the atmosphere in its upper part. The system is executed in such a way that it can register electric currents emerging from the activity of aboriginal microflora, i.e. unique microflora that exists in the soil samples taken at places where citizen scientists live.

“The project has an ambitious goal: to discover new bacterial communities that are superproducers of electrical energy. Thanks to citizen scientists all over the country, we’ll be able to take soil samples and monitor the life dynamic of promising bacterial communities. It’s no secret that microbes can be an alternative energy source, but as of today, we know too few species that can produce enough electricity for practical use. After we create a big map, we’ll understand the interrelations and be able to study the promising samples of soils and new bacteria,” adds Elena Koshel.

All information from MFCs will go to a cloud server, from where scientists from ITMO and KubSU will identify the most promising samples. The holders of such MFCs will be contacted individually, and their samples will be studied in laboratories.

“The assessment of electrogenic activity of soils and benthic sediments in various regions of Russia can help lay the scientific groundwork for a wider introduction of MFCs as novel renewable energy sources, and assess the biological activity of soils from the standpoint of a new criterion — microbial bioelectrogenesis,”  notes Nikita Volchenko, an associate professor at KubSU’s Department of Genetics.

SCAMT will assemble and mail out the first batch of kits at its own expense. Hundreds of MFCs will be sent to “places of interest”.

“At first, the destinations will have to be a  compromise between the areas with soils where we expect to find promising microbial communities, and the regions where there are biological schools, lyceums, and quantoriums with which we can collaborate. Therefore, we won’t be sending MFCs to students’ homes at this stage. We still can’t afford it, but we are planning to,” says Mikhail Kurushkin, a PhD in Chemistry and one of the project’s organizers.

Citizen science is something that has only just begun to develop in Russia. Its goal is to involve people who have no connection with research institutions in research activities. Despite the fact that citizen science data is gathered by regular citizens, it’s being used in serious large-scale research.

“We invited Caren Cooper, one of the pioneers and leaders in the field of citizen science, to the International Advisory Board, and we often call and consult her. Another member of the board is Ioannis Ieropoulos, one of the leaders in the field of research, manufacturing and application of MFCs, a scientist from Great Britain. Both specialists place the focus on erasing the barriers between scientists and the population, and say that we should strive for open science and public outreach,” says Mikhail Kurushkin.

The team explains that for full-fledged research, they need a large-scale screening of soil samples’ ecotopes, and only the citizen science approach can do that.

The project has already launched its website, where anyone interested can see the live map of The Internet of Bacteria, learn about the scientists involved in the project, the International Advisory Board and the organizers. In the future, the site will also be used for placing applications to participate in the project.

“No research team is big enough to go on an expedition and collect samples: this is an unaffordable utopia. What we have is a distributed lab and citizen scientists. This is the only way we can get closer to completing our ambitious goals,” adds Mikhail Kurushkin.