Possibilities for a greener use of calcium acetylide 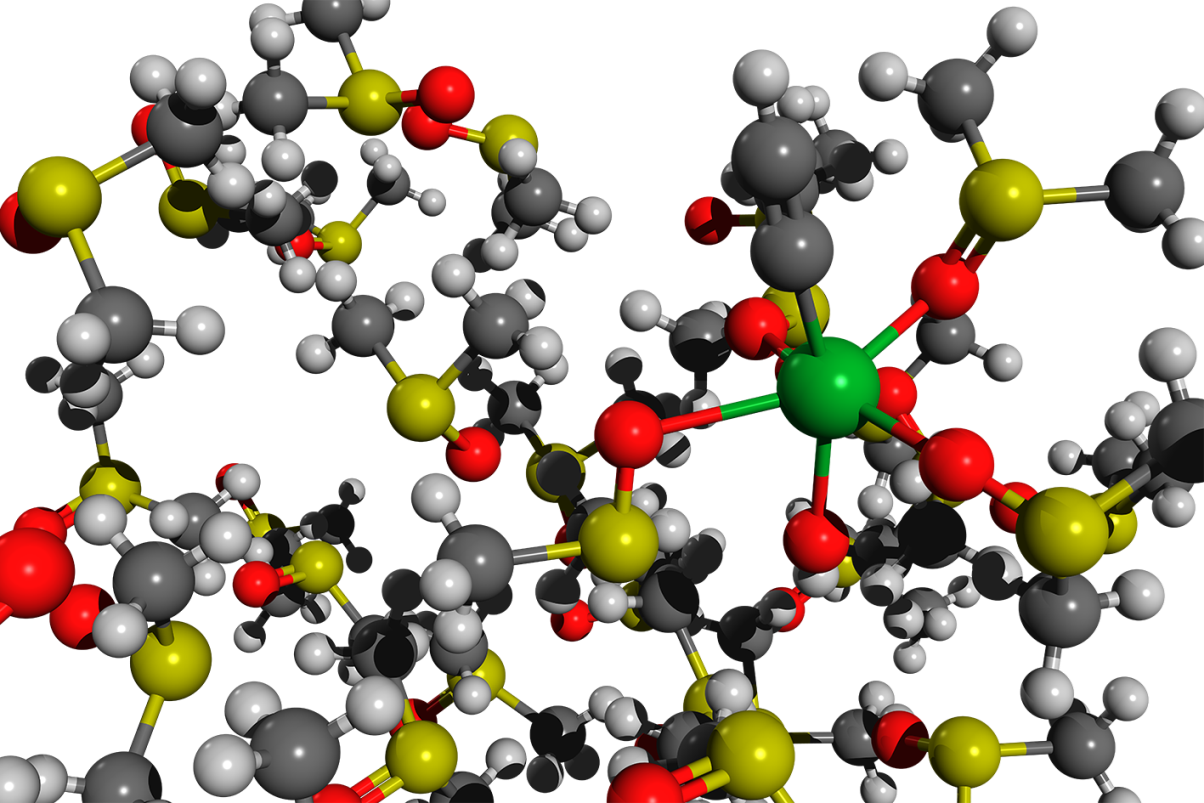 Theoretical chemists from St Petersburg University and the Zelinsky Institute of Organic Chemistry of the Russian Academy of Sciences have developed a new strategy for using calcium acetylide in the synthesis of organic compounds. The researchers proposed a new approach based on the results of modelling the interaction of calcium acetylide with water and dimethyl sulfoxide on the atomic scale. The research findings are published in the journal of the Royal Society of Chemistry Chemical Science.

Calcium acetylide has been known to mankind for more than 150 years. It is a yellowish-white, beige or grey solid, a compound of calcium and carbon. Calcium acetylide is currently used to produce gaseous acetylene. It is widely used in industry from the production of acetic acid and ethyl alcohol to plastics, rubber and rocket engines.

The carbon needed for the synthesis of calcium acetylide is not mined in a sustainable way. As a result, the fossil resource is depleted (not a sustainable approach) and the amount of carbon increases above the earth's surface. ‘We are working on a carbon-neutral production cycle strategy. In particular, to obtain calcium acetylide, you can use carbon extracted during thermal decomposition (pyrolysis) of waste, and the resulting substance can be used in industry to create new compounds,’ said Konstantin Rodygin, a research associate at the Laboratory of Cluster Catalysis, St Petersburg University.

The research was supported by a grant from St Petersburg University, and was conducted as part of a project on the current chemistry of calcium acetylide. It is being carried out by the University's Laboratory of Cluster Catalysis with the participation of researchers from the Zelinsky Institute of Organic Chemistry of the Russian Academy of Sciences. A significant part of the simulation was carried out using the facilities of the Computing Centre of the St Petersburg University Research Park.

‘At present, the key challenge for humankind is to create a new generation of industrial processes that make it possible to obtain the most important organic compounds and materials within the framework of a carbon-neutral approach. Of particular importance is the replacement of fossil resources with renewable ones and thus solving environmental problems. As shown in our works, organic synthesis based on calcium acetylide opens up fresh opportunities for implementing carbon-neutral technologies. Moreover, understanding the chemical processes of the transformation of carbide particles in chemical processes in solution is of key importance,’ said Valentin Ananikov, Head of the Laboratory of Cluster Catalysis, Head of the Laboratory of Metal-Complex and Nanoscale Catalysts at the Zelinsky Institute of Organic Chemistry of the Russian Academy of Sciences, a member of the Russian Academy of Sciences.

The chemists were able to put forward a new strategy for using the substance by simulating the processes that occur at the level of atoms and molecules during the interaction of calcium acetylide water and the solvent dimethyl sulfoxide. Calcium acetylide is, in fact, a salt containing negatively charged acidic residues of acetylene (the so-called acetylide anions with a charge of ‘−2’) and positively charged calcium ions. The work investigated the acid-base properties of acetylide anions, water and some other substances in a dimethyl sulfoxide solvent. In such a solvent, an unusual situation can be observed: the interaction of acetylide anions and water, called hydrolysis, is incomplete. Anions are formed with a charge of ‘-1’, which can then enter into a wide range of chemical reactions that are key for organic synthesis.

‘After the analysis, it has been found out that instead of water, you can use other protonating substances to transfer acetylide into solution. As a solvent for reactions with calcium acetylide, you can look for alternative to dimethyl sulfoxide, even less toxic and ‘green’ solvents. Thus, production with the participation of calcium acetylide in the future can become ‘greener’ not only because of the potentially safer ways of extracting carbon, but also due to the ability of calcium acetylide to react with less toxic solvents,’ said Mikhail Polynski, a co-author of the article, Assistant Lecturer at the Institute of Chemistry at St Petersburg University.

It should be noted that one of the authors of the article was a graduate of St Petersburg University, Mariia Sapova, who started work on the project during her master’s studies. ‘The task immediately attracted me: the idea of combining various computational methods opens up ample opportunities for simulating complex processes, such as the dissolution process in our case. This work helped not only to broaden my horizons, but to go beyond the problems of modelling crystals, which I was engaged in, and to feel the limits of applicability of various methods of computational chemistry. I think that such complex multistage approaches in modelling should be developed further: this will make it possible to get closer to describing real experiments,’ noted Mariia Sapova.

As Mikhail Polynski specified, the work at this stage is completely theoretical and consisted in computer simulation of the process of obtaining acetylides from calcium acetylide. ‘For modelling we used the so-called quantum-chemical methods, Born-Oppenheimer molecular dynamics. As a result of such a simulation, it is possible to make a short molecular movie showing how the motion of atoms and molecules looks like in very short, picosecond time intervals,’ concluded Mikhail Polynski.