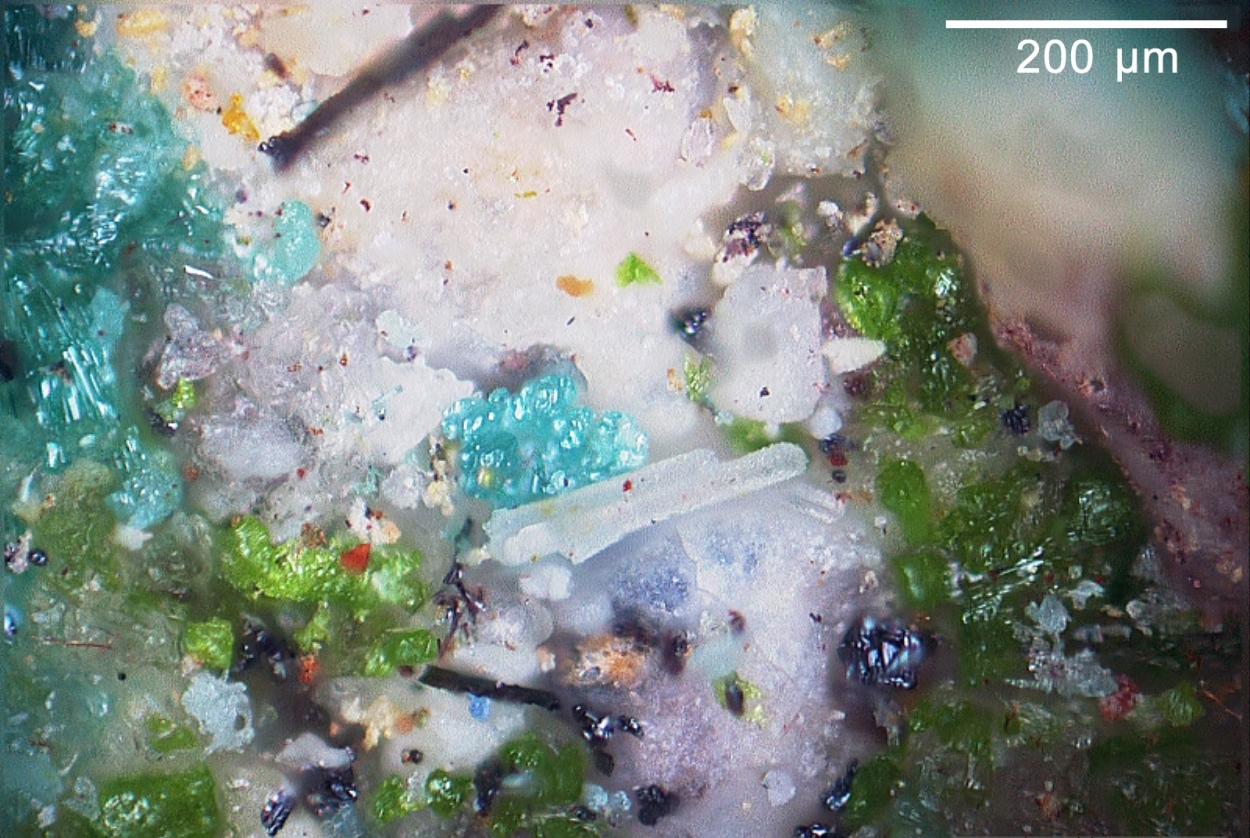 The research findings are published in Mineralogical Magazine.

University scientists have been studying the rich mineralogical diversity of the Klyuchevskaya group volcanoes for six years. Of greatest interest to specialists is Tolbachik which actually consists of two volcanoes: Ostry Tolbachik and Plosky Tolbachik. This seismically active area is characterised by Hawaiian-type eruptions in which hot basaltic lava spreads along the formed cracks. As a result of such processes, the Tolbachinsky Dale was formed with many cones, both cooled off and still active, composed of slaggy lavavolcanic scoria. In recent years, large eruptions have occurred here twice: in 1975-1976 and more recently in 2012-2013. The events of the 1970s were called the Great Tolbachik Fissure Eruption, which led to the formation of a whole series of cones.

‘Then two large lava escapes occurred – to the north and south of the area around Tolbachik volcano. The cones of the northern escape are designated by numbers: first, second and third. The richest in mineral diversity are fumaroles of the first and second. We discovered the new mineral exactly on the second slag cone,’ said Oleg Siidra, head of the scientific group, professor of the Department of Crystallography at St Petersburg University.

Glikinite is anhydrous zinc oxysulphate and, like many minerals of fumarolic origin, is distinguished by the presence of additional oxygen atoms that are not the part of acid residues (sulphate anions). The conditions of mineral formation in the fumaroles studied by the scientific group of St Petersburg University are so strongly oxidising that tetrahedral oxocomplexes are formed with zinc, rather than with copper only. However, as Oleg Siidra notes, such coordination is very rare for zinc.

‘Earlier, before we began to study systematically sulphate mineralisation on Tolbachik fumaroles, anhydrous zinc sulphates were not described anywhere. In the course of our work in Kamchatka, we managed to discover four new species with zinc. In 2018–2019, we discovered the first three: hermannjahnite, majzlanite and belousovite. And now, more recently, glikinite. As you can see in the photo, the mineral forms beautiful needle-like crystals. The find was named after the crystal growth expert Arkady Glikin, Professor of the Department of Crystallography,’ notes Oleg Siidra.

At first glance the chemical formula of the new mineral turned out to be quite simple: Zn3O(SO4)2. However, glikinite contains a very significant copper impurity, with the mixture of zinc in three atomic positions in its crystal structure. Under laboratory conditions, scientists could not reproduce a pure analogue of glikinite; without the admixture of copper, other compounds were formed. It was possible to obtain the necessary crystals for further study only after adding copper to the system. According to experts, in this case, divalent copper cations serve as a stabilizer of the glikinite structure.

A large group of specialists took part in the study of the new mineral. Most of the work was carried out by Evgeny Nazarchuk, Associate Professor of St Petersburg University. On the basis of the Resource Centre for X-ray Diffraction Studies the scientists carried out an X-ray structural study of a new mineral. A difficult stage of the research was the process of the determination of the crystal structure of glikinite, which was carried out by a graduate student at St Petersburg University Diana Nekrasova. It turned out that the crystals of the new anhydrous sulphate form complex intergrowths (twins), which significantly complicate the determination of the structure. The optical properties of glikinite were studied by Evgeniia Avdontseva, Assistant Lecturer at St Petersburg University, in cooperation with master's student Artem Borisov. The chemical composition of the mineral was determined by Vladimir Shilovskikh from the Centre for Geo-Environmental Research and Modelling ‘GEOMODEL’.

At the next stage, scientists plan to study in detail the properties of an analogue of glikinite. It is especially interesting to study the so-called mixed magnetism on synthetic analogues. Zinc and copper atoms form complex tetrahedral chains in the glikinite structure.