TMO Highpark, the university’s upcoming second campus in the satellite city Yuzhny, has joined a scientific and educational center within the framework of the NOC project. This center will be engaged in studying artificial intelligence in industry.

A decree establishing the new science and education center was recently signed by Alexander Beglov, the Governor of St. Petersburg. This document describes the creation of a center that will unite the intellectual and production resources of several state universities, scientific organizations, and industrial enterprises. Its activities will be supervised by the Government of St.Petersburg.

“Our main task is to facilitate the emergence of scientific organizations in St. Petersburg that will conduct cutting-edge research and development projects. Alongside this new center, we are engaged in projects focused on 5G and Network 2030, as well as the ITMO Highpark project,” says the Governor.

The center’s mission is to conduct world-class R&D projects and obtain and promote new promising technologies and products.

ITMO Highpark, the construction of which will begin in the satellite city Yuzhny early next year, will become a testing ground for tech innovations. 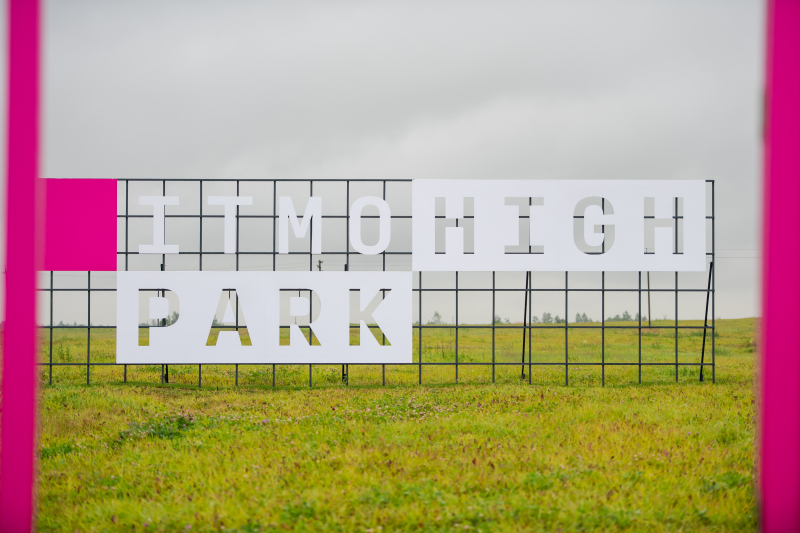 Its scientific and educational area of focus – intelligent technologies and cyber-physical systems, photonics and quantum technologies, and biochemical technologies – is in line with the goals and objectives of the new center. The research center is expected to be located in a special area of ITMO Highpark, namely the Techno Valley.

In the long run, the area is expected to become the Innovative Research and Technology Center (IRTC) offering tax concessions and other advantages to businesses in accordance with the Russian legislation. Entrepreneurs will be able to sign a long-term lease agreement for the construction of scientific and innovative infrastructure. The Business Park, which will be located nearby, will be responsible for the commercialization of innovations and the practical application of technologies in business. 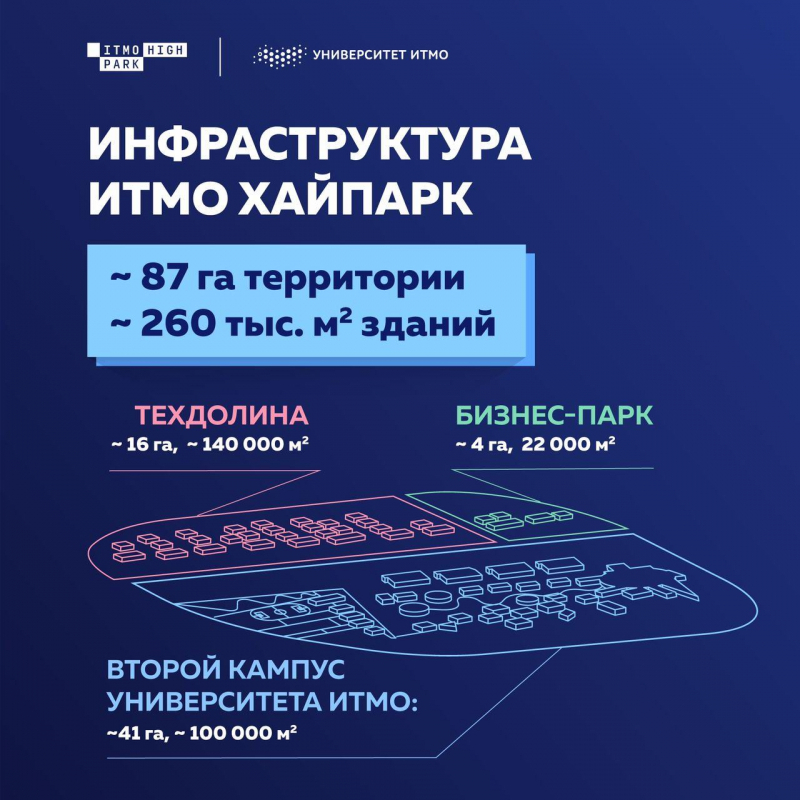 The first results of the implementation of intelligent systems may be used in the construction of Yuzhny’s smart infrastructure, an integrated development project based on the principles of an innovative and high-tech urban environment that sets trends in functionality, inclusivity, and comfort for all citizens.

In particular, the project will be based on safe city technologies (monitoring of emergencies), intelligent transport systems, energy-saving and automated management systems for housing and communal services, eco-monitoring, and technologies for smart management of urban services.

Yuzhny satellite city is a new district of St. Petersburg planned to feature a comfortable urban environment and new centers of attraction and development of the city and the region. It will also be the location of ITMO Highpark (approximately 100 ha), a joint project by the Government of Russia, the city of St. Petersburg, Gorod-Sputnik Yuzhny, LLC, and ITMO University.

The designated land lot over 2,012 ha in size in the Pushkinsky District of St. Petersburg boasts a very convenient location:

ITMO Highpark is a sophisticated world-class science, education, and innovation center created under the aegis of ITMO University and located on the territory of the satellite city Yuzhny in St. Petersburg’s Pushkinsky District. The project consists of three segments: ITMO University’s second campus, the Techno Valley, and the Business Park.

ITMO University’s second campus is designed to be a place for the personal, professional, and creative development of students and staff. Its educational activities will concern those of the university’s Master’s and PhD programs that prioritize applied research and its commercialization. Activities at the second campus will focus on applied research and inventions in technological fields such as intelligent technologies and cyber-physical systems, photonics and quantum technologies, and biochemical technologies.

Scientists take a step towards expanding the use of magnetic fluids in medicine and technology
Magnetic fluids are used in many different areas, including medicine, electronics, mechanical engineering, ecology, etc.

GreenTech: ITMO University Launches a New Faculty
The Faculty of Energy and Ecotechnology will train future specialists in the field of sustainable energy and hydrogen technologies
Subscribe to StudyInSPb
Newsletter